Now as a 19 year old. I still channel surf through the kids channels just in case theres anything on. Many people will agree with me that children television shows have gone to poop. Some adult fans have praised shows like Adventure Time and The Misadventures of Flap Jack as great kid shows. But I disagree big time. Those shows are lame and I have no idea how kids watch em. One day while waiting for Adult Swim to come on,I stumbled upon a 15 min cartoon named "Regular Show". Right away I fell in love with the show. It had random objects as main characters. A grumpy candy ball machine,A Lollipop old man,a serious Yeti,A prankster Frankenstein Monster and his Ghost sidekick,and the main two: A Blue jay and a raccoon named Mordecai and Rigby. Both very lazy and teenage boys who just wanna have fun but always get into trouble. 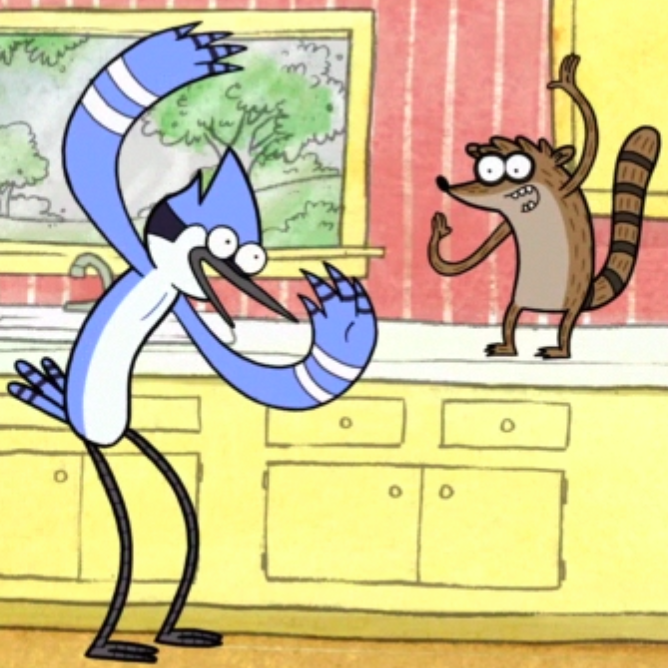 This is the Ren & Stimpy and Beavis & Butt-Head of today's youth. And I'm so glad it is. I haven't seen a cartoon this entertaining since SpongeBob Squarepants first aired,but since has lost its touch. The episode I want to show you is a brand new one and now my favorite. Me and Bigfoot founder and chief(my boss),Troy are big fans of Bruce Campbell and The Evil Dead series if you haven't noticed. This episode is a great homage to Army Of Darkness which has an Ash character. Please enjoy and watch this 10 min episode. If you got kids show em too.
Grave Sights